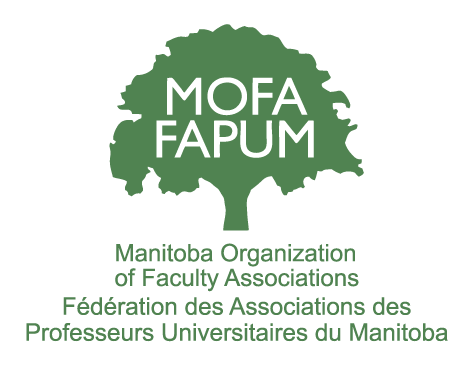 Winnipeg- The Manitoba Organization of Faculty Associations (MOFA), after a unanimous vote earlier this morning, is calling for the immediate resignation of Premier Brian Pallister in the absence of provincial leadership on several crucial files. The rationale for the call for the Premier’s resignation comes from Dr. Scott Forbes, on behalf of the MOFA executive:

“MOFA’s primary role is to defend the interests of higher education in our province. We cannot stand by as Premier Pallister and his government attack public education. Protecting the health of public education in Manitoba is more vital than ever. It will play a central role in addressing the most urgent social issue of our time, the reconciliation with Indigenous peoples. Universities are engaged in a process of Indigenization of the academy, creating a home for the preservation and teaching of Indigenous languages and culture. That is no simple task; we must not repeat the mistakes of our colonial past and we must acknowledge the fact that the legacy of colonialism continues today. The Pallister government has provided no leadership on this issue: in fact, quite the opposite. It’s narrow focus on aligning higher education with the current economic priorities of this government undermines this effort.

That ideological focus includes Bill 33 – The Advanced Education Administration Amendment Act- and the policy of introducing performance-based funding erodes university autonomy that is guaranteed in legislation and transforms universities from institutions of higher learning to instruments of short-term government economic policy. It in no way improves higher education in Manitoba.

Similarly, Bill 64 – The Education Modernization Act – does nothing to improve our public school system. It is simply an instrument designed to centralize power in the Premier’s office, to make it easier to defund public education.

Importantly, neither Bill 33 nor Bill 64 reforms education policy to address the changing social landscape, and in particular the need to embrace truth and reconciliation.

Mr. Pallister has lost the moral authority to lead on these issues with his repeated racist tropes, and outdated and regressive views on colonialism and residential schools. Now he compounds this by using government staff to conduct a personal and political vendetta against an Indigenous leader. He has crossed too many lines and the longer he stays in office, the more the damage grows.

MOFA reiterates our calls for the resignation of Mr. Pallister. And we call for his successor to repeal Bill 33; and to withdraw Bill 64 and to help ensure that public education is part of the path to truth and reconciliation.”

← MOFA Backgrounder, “Centralized Power in the Pallister Government”, by Dr. Paul Thomas <strong>MOFA calls for vaccination requirement for students, staff returning to campus this fall</strong> →
Back to All News